Those who know how I work and have worked closely with me have seen me do several things at the same time, keeping it whole and trying to do justice to every single thing that I am doing/handling at that time. It wasn’t always this easy, and it took a couple decades to get here, with a lot of practice. I enjoy multitasking and at times see the ability to multi-task take care of ten days of work in one.
Throughout the 20th and 21st centuries, companies have been consolidating multiple positions to reduce employment costs and increase productivity. This may have an apparent benefit for the companies, but it may have been a detriment to employees. More and more observations are coming out and revealing that young adults are more burnt out than ever. With ever increasing demands placed on productive people comes an increased need to multitask.
While multitasking can be great in certain situations, it must be done effectively to produce the best results possible. The common perception of multitasking is that the brain is firing off and concentrating on multiple things at once. While this is how it feels, this may not be the reality of the situation. Multitasking is simply the brain concentrating on one thing at a time and refocusing itself as it switches back and forth. Of course, every time the brain switches between tasks it can lose some focus, memory, and momentum. Quite simply, at current evolutionary states, our brains aren’t built to multitask. Even though we aren’t built to multitask, there are several ways and methods by which one can learn to do it pretty effectively without losing out on the integrity of any particular task.

As was mentioned before, the brain can only truly handle one task at a time. The switch between tasks can cost a lot of time and energy. Fortunately, this can be alleviated by working on similar tasks together. Working on multiple reports on disparate topics is one of the worst things you can do for your understanding of any of them individually, but picking a few similar projects to work on may increase your understanding of the others. This is especially true if it is multiple projects relating to the same subject.

When you’re a beginning multitasker, it isn’t recommended to do multiple difficult tasks at the same time. Start small. Do two tasks you do frequently and know very well at the same time. This is akin to a guitar player who decides to combine singing for the first time. It’s necessary for them to pick a song they can play and sing separately in their sleep before they combine them. After a while of multitasking on easy projects, you’ll be able to effectively multitask during novel and one-off projects.

In the initial stages when a person multitasks, they inherently lose their ability to be detail oriented. Multitasking is better suited for projects that require a “big picture” approach rather than focus on the details. Engineers and builders who are working on parts for a space shuttle certainly aren’t interrupting their work to write out next month’s schedule for their employees or outline next Tuesday’s meeting. While the latter two projects are certainly multitaskable, detail-oriented projects are not good candidates.

When a person works out or does another physical activity for a long period of time, their muscles begin to get sore, fatigued and eventually give out. The brain is no different than any other part of the body in that respect. A person’s brain simply needs a break after a highly productive work session or it begins to wear down and become less reliable. Anyone that wants to multitask should know when to throw in the towel for a few minutes or even a few hours. It allows time for gathering thoughts, getting a game plan together, and having some well-deserved rest.

Multitasking, even the most effective multitasking, results in more mistakes along the way than would have happened if each project could have been done with undivided attention. That’s why reviewing should be a priority for a multitasker. Looking over work and checking it for quality and accuracy prior to submitting it will keep quality at the forefront, where it should be.

Even when someone’s not multitasking, they should keep a to-do list to keep their day-to-day work in order. A good to-do list not only has a list of what needs to be done and when, but it also has indications of the priority of the project. A good to-do list for the effective multitasker should also indicate what projects would be beneficial to do together, which projects should be done alone, and should leave time for reviewing projects.

There will be some repetition at nearly every job. Almost everyone has something they reference time and time again. A doctor may utilize certain codes when inputting medical records into the files while a call center representative may have specific documents they need time and time again to answer common customer questions. Many of the most productive workers will have those things easily accessible and available at a moment’s notice.

One of the best things that a person can learn is when to say no. When a person is bogged down with too many projects, their results are bound to suffer. Limiting tasks to manageable chunks is the best way for a person to keep their quality at high levels while maintaining a good pace.

This may seem similar to keeping a to-do list, but it’s slightly different. Effective multitasking means breaking down the to-do list to a plan of action, which can be thought of as an outline. When someone is getting ready to make Thanksgiving dinner for the whole family, they’ll make a to-do list of the dishes to make. They’ll then plan ahead, figuring out what needs to be bought for each dish, how much time each dish will take, and laying out the recipe for each dish. The to-do list is what to do while the planning ahead is how to do it.

So, here’s the real deal: me and some other people too may make multitasking look easy, but it’s simply because we’ve found effective ways to multitask, rather than having some special ability that other people don’t have. Multitasking and maintaining quality isn’t about swinging wildly and hoping to hit a home run; it’s the result of a lot of practice, a great many mistakes, and the recognition of what went right when it all came together. Effective multitasking isn’t a talent some people have, and some people don’t; it’s a skill that needs to be honed and cultivated. 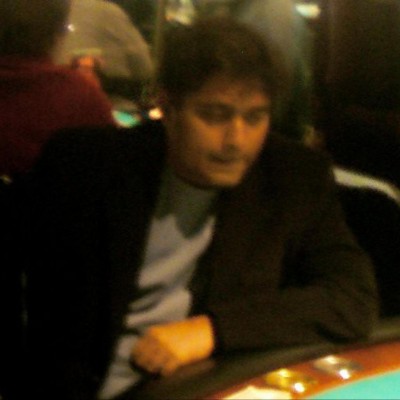 The creation of wealth is merely an extension of my innate freedom to produce.

This error message is only visible to WordPress admins

Error: There is no connected account for the user 640492327 Feed will not update.

Translate Posts To Your Language

Predictions For The Blockchain Industry In 2023

Closing The Gap Between Projects and Strategy

Calculating Business Risk Based on Where Your Profits Come From